The Rainford Law Firm, P.C. was established in 1994 offering broad aspects of law including but not limited to Domestic, Immigration, Bankruptcy, Family Law and Real Estate. With over 25 years of combined legal experience, Rainford Law firm has proven to be a dependable, relations oriented, diverse and results driven firm. The firm has a multilingual staff and its success is based on attention to detail, professionalism, and cultural diversity. 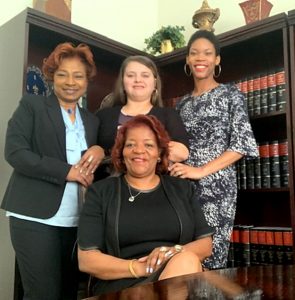 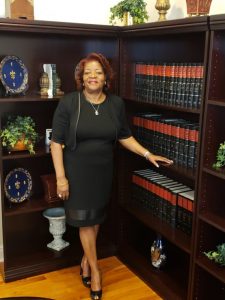 Chalcia L. Rainford, Esq. is a native of Jamaica West Indies and has practiced law since 1994. She moved to London, England at the age of 16 to complete high  school and later obtained her Professional Nursing License from Lay Cox College. In 1968, Rainford moved from London to Brooklyn NY to further her education in Nursing, and upon relocating to the U.S., she obtained her Professional Registered Nursing Licenses at Medgar Evers College – The University of New York. There, she worked in the Operating Room (OR) and later become the Director of OR. Attorney Rainford earned her M.S. in Public Administration from Hofstra University in Long Island, New York.

In 1985 Rainford moved to Decatur, Georgia where she worked in the Operating Room, Emergency Room, and as a Visiting Nursing for home care and nursing facilities. While working as a nurse she earned her J.D. from John Marshall Law School in 1989.

Rainford later moved both practices to the Henry County area in 2009 and has been serving the Henry County and surrounding areas since. Attorney Rainford is known for her charisma, intellect and detail to work. Her free time is spent with her husband and grandchildren; she loves to read and workout. She avidly promotes healthy eating and exercise.

Attorney Rainford gives back to the community in a variety of ways. Most noted is her support to the local schools and her church. She shares her legal knowledge through lecturing and speaking for non-profits and other organizations, often providing assistance at no or very little cost to those in need. 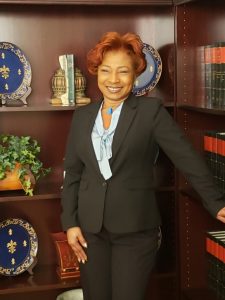 Rhonda Taylor began her career in the legal field some 13 years ago after a long tenure in the beauty industry as a licensed practitioner. The beauty industry afforded her opportunities of lobbying in the Georgia General Assembly, judging major competitions; becoming known as a trade show coordinator, advanced training coach, product manufacturer educator, reflexology certifier; and a Georgia CEU approved facilitator. She is credited for writing the first 620-hour nail curriculum approved by both the Georgia State Board of Cosmetology and the Council on Occupational Education accrediting agency. Taylor earned her  instructor’s license and taught for a number of years before the career switch to the legal field. Learning quickly helped her advance and to date, she has worked her way up to senior paralegal with background experience in bankruptcy, estate planning, landlord-tenant and family law.

Taylor has extensive community involvement which spans more than 28 years, having volunteered for many organizations garnering the reputation as a community advocate. She is an active member of a number of professional organizations including the Rockdale Chapter of the NAACP; National Women’s History Project; Who’s Who among  american Business Women; the American Society of Travel Agents; and National Association for Female Executives, to name a few. She serves on the Board of Directors for the League of Women Voters-GA and a decades long member of the National Council of Negro Women, Inc. (NCNW); she is the founder and immediate past President of the Rockdale-Newton Section. Her political experience includes that of media director, strategist and campaign manager on both the local and state levels and was elected as a Delegate for the 2012 Democratic National Convention representing the state of Georgia. She also ran for Georgia House of Representatives in 2016 garnering 46% of the vote in a runoff.

Taylor holds a B.A. in Pre Law; a MBA with a concentration in Marketing and Political Strategy; and was recently bestowed with an honorary doctorate degree. She is the recipient of numerous awards and she is the creator and facilitator of “Manners Please”, a personal development and etiquette course for young girls. She gives of her time by sharing with teens, elders, and she enjoys serving at shelters, churches and schools, speaking and teaching on grace, beauty and life skills. Her passion is in inspiring others. Taylor is a well sought after Speaker, Motivator & Life Skills Coach. 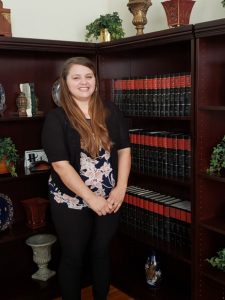 Mrs. Patricia Yanez holds the position of Legal Assistant and has been with the firm for over 10 years. Her tenure has been a legal learning experience with many rewards. She now supports the entire firm in all areas of law.

Patricia is a graduate of Southside Comprehensive High School in Atlanta and began her working career early thereafter. She is the first point of contact in the office and serves as the firm’s bilingual expert. She loves people and her compassion for the clients in  evident in her motto “Always give GREAT customer service”.

She plays a major role with the family and immigration law areas; document preparation, court filings and marketing of the firm. Patricia is the first point of contact for the firm and she heads the accounting and client resolution department, ensuring the firm’s sustainability.

She enjoys spending time with her family and going to the spa. She is active in her children’s school on the booster club and assisting with sport activities. You can find her with her sister and mom shopping and eating every weekend. 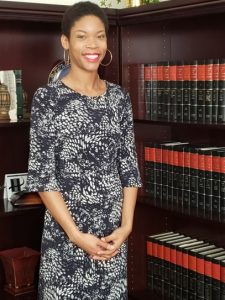 C. Shynea Rainford, the firm’s Staff Assistant has been an integral part of the law firm. Not only does she support the law team, she manages Nurse Pro Staffing, Inc., a company owned by Attorney Chalcia Rainford.

Shynea Rainford, was born in New York, but raised in Georgia; she studied at South Carolina State University for Civil Engineering and Devry University for Small Business and Entrepreneurship. Trained at a young age by Attorney Rainford, she was able to gain knowledge in both the medical and legal practices.
As Director of Operations of Nurse Pro Staffing, she runs the day to day operations for staffing nurses and home health aides, but her legal knowledge spans more than 10 years and Shynea often fills the role of assistant and paralegal for the firm.

Ms. Rainford has a passion for food and event production. She plans to follow in her mothers steps by opening her own business, while still operating Nurse Pro  and assisting when needed at Rainford Law Firm.