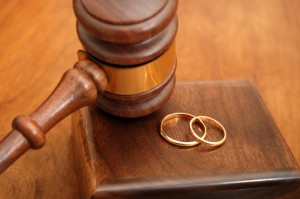 Divorce can be a complicated legal process. It can be an emotional ordeal evoking stress, fear, sadness and even anger. It can also be a feeling of relief if you have been unhappy for a spell.

The division of assets, and debts, child custody and support, alimony and the future of both parties is taxing on everyone, so it is important to implement self-care before and during the process.

First, it is important to remember that every case is different as there are always exceptions to the rule, particularly in family law cases. But trying to come to an amicable agreement regarding your affairs can save money, time and avoid the ugliness of a nasty fight.

There are two types of divorces, each involving the same process of asset division and the care of children. As it relates to a divorce case, settlement is usually the best way to resolve it. Divorce settlements allow you to have control over the outcome of your case and are typically more affordable and expedient than litigation. However, if litigation becomes necessary, the Rainford Law Firm has a reputation of being experienced and strong when advocating for our clients in the courtroom.

Uncontested and Contested Divorces… The Difference

Uncontested divorces, as stated above, involves agreement on the important family matters; it is the easiest because both are willing to work things out together. It also sends a strong message of love and protection to the children that will undoubtedly be experiencing their own sadness.

Contested divorces can be hostile and exhausting. They take much longer to settle and will involve a lot of negotiating and court hearings. The process includes a process of document production, discovery, and in some cases, even the requirement of witness testimony. It is not wise to try tackling a divorce on your own if the matter is being contested. Our firm offers free consultations to help you advance through the process.

Permanent alimony is very different from temporary alimony – it is an allowance out of one person’s estate for the maintenance of the other spouse. Alimony is based on several factors, including the needs of the person asking for alimony, the ability of the other spouse to pay alimony, the lifestyle the couple had during the marriage, and the relative education, age, health, and work experience of the parties. There are no guidelines or set amounts for alimony; rather the judge looks at several factors in deciding whether to award alimony and if so, in what amount. Alimony is generally not awarded for punitive purposes.

There are guidelines in Georgia to help determine the amount of child support awarded. Georgia’s current child support laws went into effect on January 1, 2007 and is based on an income-shares model. This means that both parents’ incomes are taken into account and separate child support obligations are determined for each parent, taking into account such factors as the cost of health insurance for the children, work-related child care, extraordinary educational and health care expenses, and extracurricular activities.

Custody can be a major issue in divorce cases. The standard for determining custody is a best interest of the child standard. In order to determine what is in the best interest of the child, the judge will often look at which parent is the most significant day-to-day care provider for the child. However, there are many other factors a judge will look at in determining custody. A judge, never a jury, always makes the custody decision (a jury can decide issues of child support, alimony, property, and debt division).

Georgia is an equitable division state when it comes to dividing property and debts. This means that, in the absence of an agreement between the parties, assets and debts are divided according to whatever the judge or jury thinks is fair given the particular circumstances of the case.

Call us today for a free consultation regarding your family law situation.